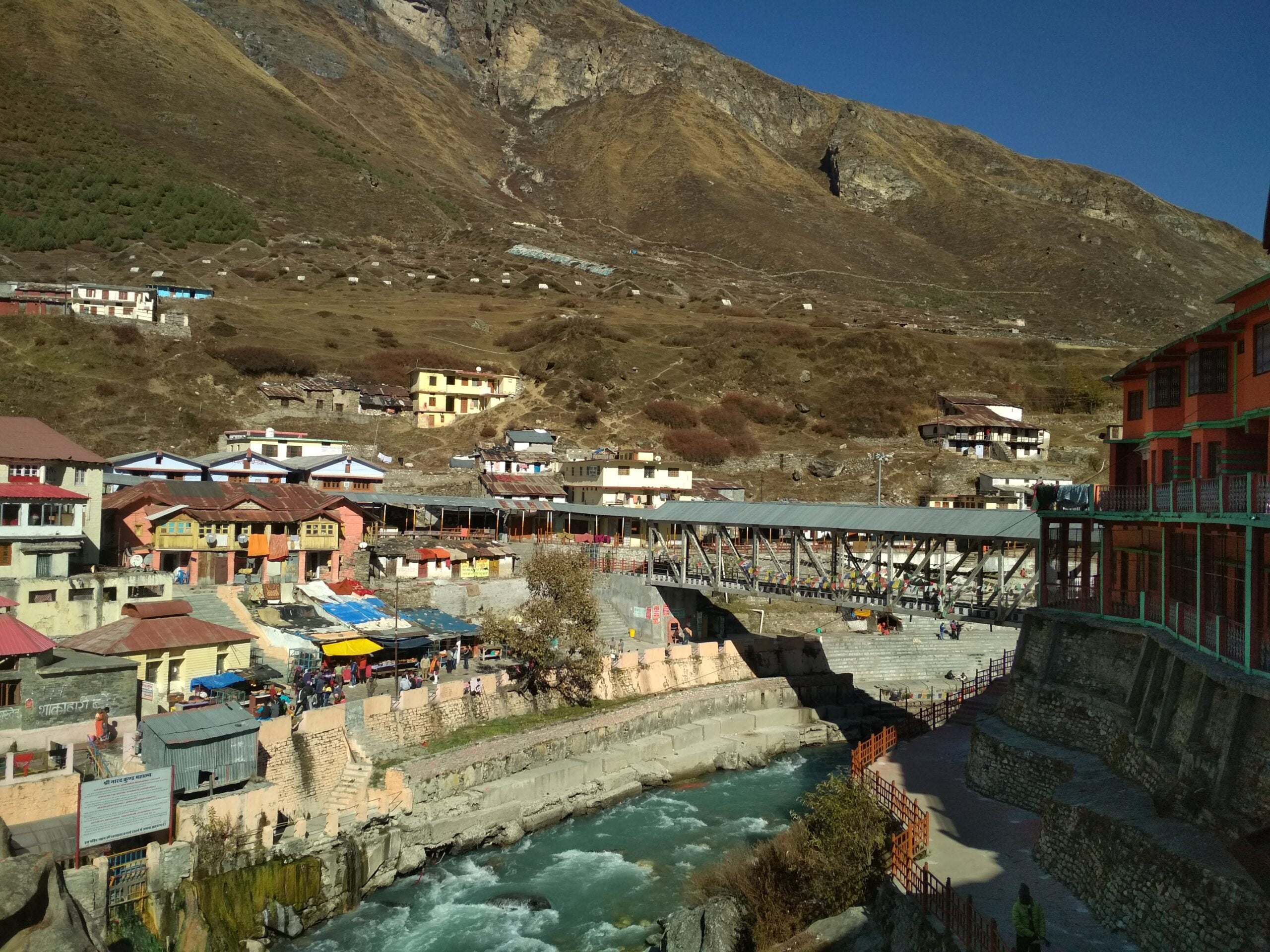 “Char Dham” (four holy places) of Uttarakhand, are Gangotri, Yamunotri, Badrinath and Kedarnath. These four places are situated in the Garhwal Himalayas of Uttarakhand state. Lakhs of tourists visit these places every year.

Gangotri – Gangotri is an important pilgrimage centre for Hindus, it’s the source of the river Ganga. The legend about it is that King Bhagirathi spent lots of years in the penance of the Ganga to land on the earth.

Thus the river is also called Bhagirathi. Gangotri is located at an altitude of 3140 meters above sea level. The distance is around 240 Kms from Rishikesh, which means around 480 kms from Delhi.

Yamunotri – It’s one of the pilgrimage centres between “Char Dham”, the origin of the Yamuna River. Yamunotri is situated at an altitude of 3235 meters above sea level. It is situated on the opposite side of Gangotri. Yamunotri finds a special mention in Hindu mythology. According to a legend, this secluded hilly spot was the home of an ancient sage, Asit Muni. It’s a 213 km journey from Rishikesh and around 450 km from Delhi.

Badrinath – Badrinath is the most visited holy place of Uttarakhand. The place is guarded by two mountains Nar and Narayan and the Neelkanth Peak provides a splendid backdrop to Badrinath Temple. Legend has it that Lord Vishnu came to the area, called ‘Badri Van’, or the berry garden, to meditate after Narad rebuked the Lord for being immersed in worldly pleasures.

The Badrinath Temple is situated on the bank of the Alaknanda river. The distance of this place is 300 km from Rishikesh and around 550 km from Delhi. See the most frequently asked questions about the Badrinath dham to clear your queries about the travel to the destination.

Kedarnath – Kedarnath is also the most visited place in Uttarakhand, one of the twelve Jyotirlingas of Lord Shiva. Kedarnath is a majestic sight, standing in the middle of a wide plateau surrounded by lofty snow-covered peaks. One of the Panch Kedar Shrines, the temple was built by Adi Shankaracharya in the 8th century A.D., standing at the site of an earlier temple built by the Pandavas. Kedarnath temple is situated at the altitude of 3581 meters from sea level, around 220 km from Rishikesh and around 470 km from Delhi. 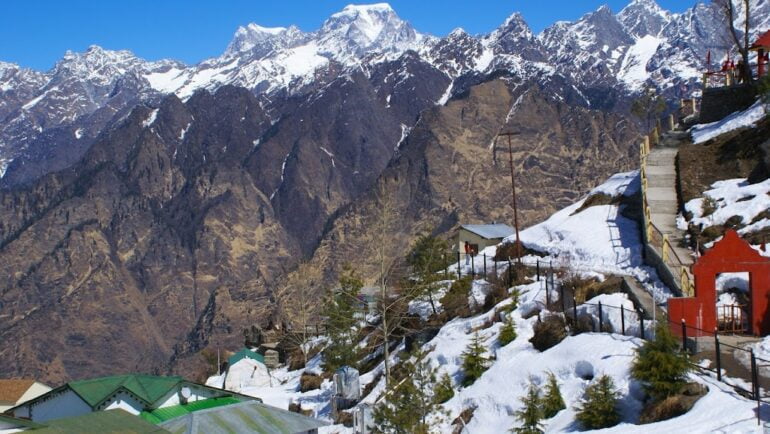