Gangotri Temple Travel Guide and How to Reach

Gangotri Dham – The Origin of Ganga

Gangotri temple is located at an altitude of 3100 meters above sea level, on the banks of the river Bhagirathi. Gangotri is the starting point of the Ganga river, where the goddess Ganga is worshipped by the pilgrims. In ancient times the river was known as Bhagirathi and attained the name Ganga from Devprayag onwards where Bhagirathi meets with Alaknanda river from Ganga river. Gangotri is the home place of many ashrams, temples and small shrines.

History, Mythology and Importance of Gangotri

According to Hindi mythology, it is said that the river Ganga is a result of the reward given by Lord Shiva to the king Bhagirath for his hard penance. However, due to her pride and the fact that the earth would be devastated if Ganga came down in her full force, Lord Shiva caught Ganga in his locks to reduce the force. The sacred stone near the Gangotri temple denotes the place where Ganga came first to the earth. That’s why Ganga is also called by the name of Bhagirathi.

The present temple of Gangotri was constructed by Gorkha Commander Amar Singh Thapa in the 18th century. It is said that at the time of construction of the temple Gaumukh glacier was there but due to global warming it disappeared. Gangotri is well-connected with National highways and state highways. The nearest airport is in Dehradun.

There are many shops near Gangotri which sell prasad and small bottles to carry water from Gangotri after darshan. Ganga water is pure and is used in worship in the temple. There are some hotels and Ashrams for the accommodation of tourists on the other side of the temple. Gangotri is home of a variety of flora and fauna. There are many temples around Gangotri where tourists can learn more about the origin of the Ganga.

Kedarnath Trek Travel Guide and How to Reach 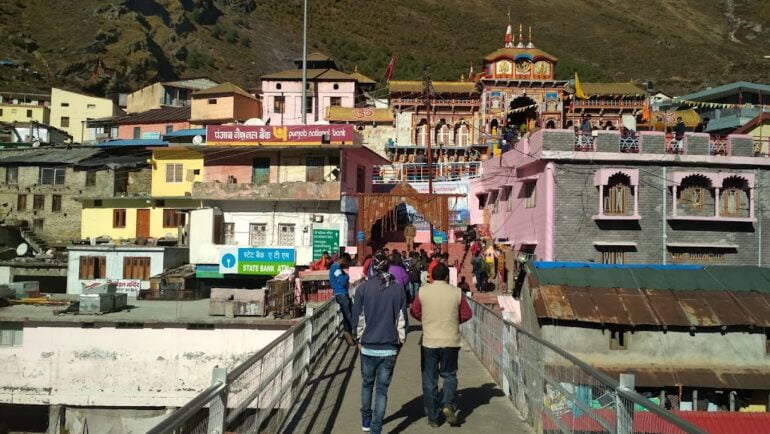