Mana Village is the last Indian village of Uttarakhand to the Tibet Border. This village is so popular among tourists because of the Badrinath Temple, located just 3 Km from Mana Village. Generally, this village is of Bhotia peoples and you can see the tradition of Bhotia peoples of Chamoli district. If you are planning to visit Badrinath then you must visit Mana Village. It’s not so far from Badrinath Dham, just 3 Km away from Badrinath town. Mana village is one of the most visited villages of Chamoli as it comes under village tourism and best place to visit in Chamoli, Badrinath.

Mana village is located on the banks of the river Saraswati. It is situated at a height of around 3219 meters. The whole village is developed by Uttarakhand govt. to promote Village tourism in Uttarakhand.

“Mana village, which is also known as the last Indian village. Mana village is located in the Chamoli district of Uttarakhand in India, it is a hidden gem of natural beauty and rich cultural heritage. Known as the last Indian village before the Indo-Tibetan border, Mana is a unique blend of tradition and modernity. The Indo -Tibet border is just 24 Km from the Mana village. The village is situated on the banks of the Alaknanda River and is surrounded by snow-capped peaks of the Himalayas. The village is also famous for its beautiful natural surroundings and the famous Hindu temple of lord Vishnu, “Badrinath temple”

One of the most pleasing things about this village is its untouched natural beauty. The village is home to a diverse range of flora and fauna, including rare Himalayan medicinal plants. Tourists can take a stroll through the village and explore the lush green forests and meadows, or take a dip in the crystal-clear waters of the Alaknanda River.

Mana Village is also a treasure trove of cultural and historical significance. The village is home to ancient temples and shrines that date back to the 8th century. Visitors can take a tour of the village and learn about the rich history and customs of the local people. The village is also home to skilled artisans and craftsmen who create traditional handicrafts and souvenirs that are unique to the region. You can buy handmade sweaters, mufflers, gloves, and other woolen items from here. Faran is one of the popular items of Mana Village you can purchase. It is a kind of local spice of Mana village, which you can add to your food items for a better taste and smell.

In recent years, Mana village has become a popular destination for trekkers and adventure enthusiasts. Govt. of Uttarakhand has developed this village keeping Village and Border tourism in mind, which is a good thing. The village is the starting point for several popular treks to the Himalayan peaks, and treks such as the Vasudhara trek. Vasudhara is just 3 Km away from Mana village.

In Hindu mythology, Mana village has a description and it is considered a holy place. It is believed that Pandavas passed through the Mana location during their journey to heaven. There is a famous stone bridge named Bheem Pul. After crossing the Bheem Pul there is a route to Vasudhara falls, which is another best place to visit nearby Mana and Badrinath.

Places to visit in Mana Village

Neelkanth Parvat is also a sacred site for Hindus, as it is believed to be the abode of Lord Shiva. According to legends, Lord Shiva consumed poison during the churning of the ocean, which turned his throat blue, giving him the name Neelkanth. The peak is also home to several ancient temples and shrines that attract many devotees.

Tupt Kund is a natural hot water spring, and it is believed that the hot water comes directly from the feet of Lord Vishnu also named Shri Badri Narayana. If you are in Badrinath then you must dive into this holy Tapt Kund once. It is also believed that the Tapt Kund has medicinal value and it removes many skin diseases.

This temple is also located near Badrinath Dham and this temple is devoted to the mother of Lord Narayana. According to legends and historians, Mata Murti requested Lord Vishnu to take birth to her son during the era. Lord Vishnu granted her this wish by taking birth in the form of twins Nar and Narayan.

Vasudhara is a waterfall that is approx 9 Km away from Badrinath temple and 6 Km from Mana village. It is believed that this holy place was the temporary stay point of Pandavas during their exile. The view of Vasudhara river valley gives panoramic views of the great Himalayas and other peaks and beautiful mountains.

Vyas Gufa is located just above the MANA village and it is believed that in ancient times Maharshi Ved Vyas lived here while they were composing the four Vedas. There are 4 Vedas in the Hindu religion. The distinct feature of this cave is the roof of the Ved Vyas Gufa which resembles the pages from Ved Vyas’s collection of his Holy Books. There is a small temple in the cave dedicated to Maharshi Ved Vyas, and it is believed that the cave is 5000 years old.

It is another holy place to visit in Mana Badrinath. At this holy place, Lord Ganesha dictated Mahabharata to Shri Ved Vyas.

Bheem Pul has a historic story, it is believed that this stone bridge was built by Bheem of Mahabharata. Basically, it is a very big piece of rock that was put by Bheem over the Saraswati river to cross the river during their yatra to heaven. It is said the historians that this rock was placed by Bheem to make the way for Draupadi to cross the river during their journey to heaven.

Mana Village has located 5 Km from Badrinath and is well-connected with the national highway 7.

What is Mana Village famous for?

Mana village is famous for Bheem Pul, woolen garments, and materials. The woolen garments are mostly made of sheep wool, you can also buy mufflers, ashan, pankhis, shawls, caps, carpets, and other products from Mana village.

Why is Mana the last village in India?

Mana village is situated in the Chamoli district of Uttarakhand at an elevation of 3200 meters. Mana village lies on the holy riverbank of the Sarawati river and it is located 3 Km from Badrinath Dham. The Indo – Tibet Border(Tibet that was occupied by the People’s republic of China in 1948), is just 24 Km from Mana village. That’s why it is the last village in India.

Can we go to Mana Village?

Mana Village can only be visited during summer and monsoon season, during winter the whole area gets covered with heavy snow. Mana village opens with the opening of Badrinath Yatra. The village is in a very remote location and experiences heavy snowfall during winter.

How far is China’s border from Mana village?

Where is India’s last village?

Mana is the last Indian village which is located in the Chamoli district of Uttarakhand and it is situated at a height of 3118 meters above sea level. 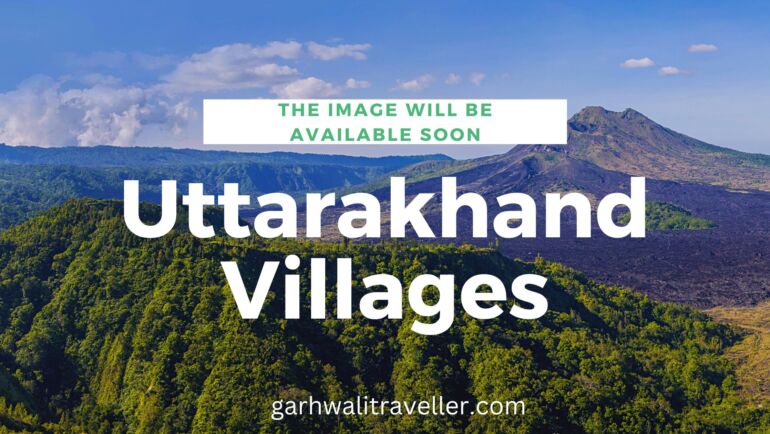