Rudraprayag Uttarakhand – Tourist Places and How to reach 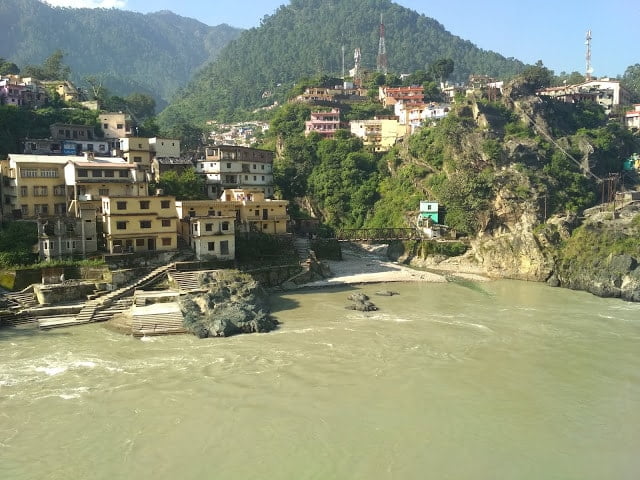 The “Rudraprayag District” is located at the junction of Alaknanda River and Mandakini(both Tributaries of Ganga River) in Uttarakhand. Many pilgrimage locations are popular within the district, inviting many devotees every year. Koteshwar temple on the bank of Alaknanda River is the finest example of this, it is one of the ancient temples of Lord Shiva. Little quaint towns situated on the river banks like Ukhimath and SonPrayag.

Rudraprayag is named after Rudra(an aspect of Lord Shiva). According to legends, Lord Shiva appeared here as “Rudra” to bless Narad Muni. An ancient shrine dedicated to Lord Shiva is here in the form of ‘Rudra’. Rudraprayag has significance for Char Dham Yatra, as it is the junction for visiting Badrinath and Kedarnath Dham. The Rudraprayag city is venerated as one of the five sacred ‘Panch Prayag’.

Best Places to Visit in Rudraprayag

Just 3Km away from the city, the cave temple of Lord Shiva is located on the banks of River Alaknanda. There are several idols which are formed naturally.

19 Km away from Rudraprayag, it is believed that sage Agatsyamuni meditated here in ancient times. There is a temple dedicated to him.

This important pilgrim location has the ancient temples of Vishwanath and Ardhnareshwar.

Gaurikund is the trekking base for the Kedarnath route. There is a temple of Gauri(Parvati) and hot water springs(tapt kund) are also there.

The sacred site on the junction of Basuki River and Mandakini lies on the main Kedarnath route, which is about 5 Km from Gaurikund. The devotees believe that by the mere touch of the holy water of Son Prayag, one attains the “Baikunth Dham”.

Likes on the route to Kedarnath and it is the winter residence place of Lord Kedarnath, as well as the seat of the Rawal(head priest of Kedarnath and Badrinath).

Located at a distance of 12 Km from SonPrayag and is believed to be the site of Lord Shiva and Parvati’s marriage. The eternal flame around which the marriage was held, still burns there.

Panch or Five Kedar lies in the valley between the Bhagirathi River and Alaknanda.

‘Kedarnath Dham’, one of the holiest Hindu pilgrim places is located at an altitude of 3584 metres amidst towering snow-covered Himalayan peaks on the head of River Mandakini. Kedarnath has situated 86 Km from Rudraprayag.

The 6Km long glacier is about 3 Km from Kedarnath temple. River Mandakini originates from it and later merges into the Alaknanda River at Rudraprayag. About 2Km up from the temple Gandhi Sarovar lake is situated between the rock face and right lateral moraine of the glacier.

The beloved lake at a height of 4135 metres is surrounded by lofty snowy peaks. It offers an awesome and inspiring view of Chaukhamba peaks.

One of the sacred Panch Kedar sites, at an altitude of 3289 metres. About 25 km northeast of Guptkashi. The road route from Guptkashi to Kalimath is available, after that you have to trek up to Madmaheshwar.

One of the Panch Kedar ‘Tungnath’ is located at a height of 4090 metres, which makes it the highest Shiva Temple in the world and among the Panch Kedar. The nearest road head is Chopta, which is 4 Km down, from where one can trek or hire a pony.

These were the Rudraprayag tourist places where you can visit and enjoy.

How to reach Rudraprayag

Rudraprayag district is well-connected to all the major cities such as Srinagar, Rishikesh, Kotdwara, Dehradun, Delhi and other cities of Uttarakhand. 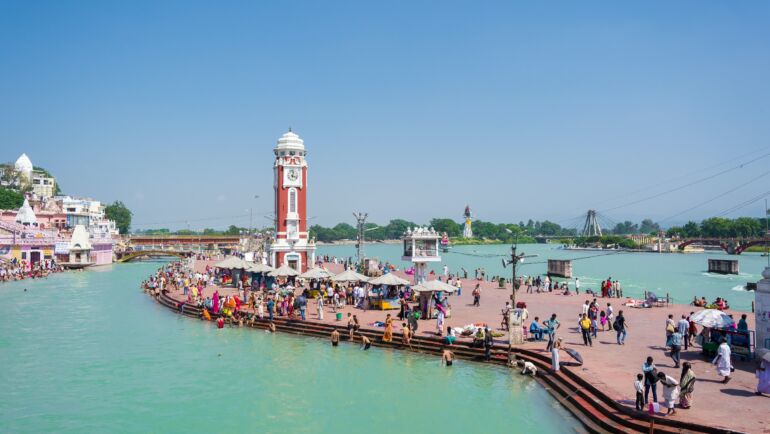 Haridwar Uttarakhand – Places to Visit and Things to Do