How to Reach Valley of Flowers – Complete Travel Guide

How to reach the Valley of Flowers National Park

Location of Valley of flowers – Bhyundar Bugyal near Joshimath, Uttarakhand.

By Road – Govindghat is the nearest bus stand from where you can get vehicles and is 18 Km away from Valley of the flower.

Routes to Reach valley of Flowers

The valley is approachable from Govindghat Chamoli. There are 2 different routes to reach Govindghat.

After crossing the Alaknanda river valley at Govindghat, an ascending bridle path along Bhyundar Ganga leads to Ghangaria which is 13 Kms away from Govindghat, and the valley of flowers is 3 km away from there.

Journey to Valley of flowers

Delhi is a good base to reach the Garhwal hills. The rest of the journey is best undertaken by road. There are buses and taxis from Delhi to Dehradun or Rishikesh.

By road: From Dehradun road, you can share a jeep to Joshimath, about eight hours away. The starting point for the trek to the Valley of Flowers is Govind Ghat, on the banks of the Alaknanda river, which is 16 km. away by bus from Joshimath on the Rishikesh – Badrinath highway.

Attractions Near Valley of flowers

Valley of flowers was discovered in 1931 to the outside world by Frank S Smith, Valley of Flowers is one of the most popular tourist destinations located in the Chamoli District of Uttarakhand. The destination in itself is one of the major attractions, set in the backdrop of the beautiful Zanskar Range.

On the way to Valley of Flowers, there are some other major tourist attractions. Shri Hemkund Sahib, situated at an altitude of 4,329 m above sea level, is one of the most important religious sites for Hindus as well as Sikhs.

Popularly known as Snow Lake, Hemkund Sahib is surrounded by some snow covered mountain ranges, which are together known as Hemkund Parvat. In addition, tourists visiting this lake can also explore Gurudwara, Hemkund Sahib and a temple dedicated to Lord Rama. 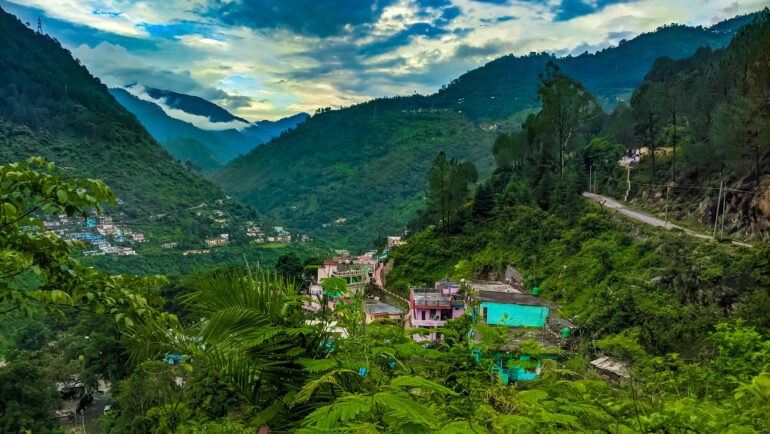 15 Best Places to Visit in Chamoli